shoring up the runaway RMB

roundup from our portfolios

Cadre promotion and removal are front and centre in a newly issued CCP Central Committee document. ‘Personal’ morality and following central policy are first and foremost. The new standards stress cadre ‘loyalty’ to the Party centre and that factionalism is not to be tolerated. The standards emphasise enacting policy in line with the reality on the ground. Cadres should not rigidly impose central policies. The point is to solve intractable problems of local resistance to policies arbitrarily promoted by officials.

Having launched a heftier stimulus in August, September saw moves to fill in the gaps. Retail banks cut their deposit rates to align more closely with the central bank’s interest rate cuts earlier in the year. It also moved to slow the RMB’s depreciation against the US dollar by decreasing the foreign exchange deposit reserve ratio, and raising the forex risk reserve ratio.

Nonetheless, the RMB/USD exchange rate breached the critical threshold of 7 in mid-September, falling to the lowest rate for the RMB since 2008. The bank prefers to prevent large swings in either direction—a cheaper currency would boost exports—but make importing the raw materials needed more expensive. Demand for RMB settlement of foreign exchange might increase given a large accumulation of foreign exchange deposits at banks generated through a strong trade surplus.

COVID fatigue is growing, along with public discontent due to tightening border control and sporadic lockdowns. Even when no new cases are detected, nationwide PCR testing is to remain mandatory, hinted the National Health Commission in early September.

The National Medical Products Administration is taking steps to tighten supervision of online drug sales. It aims to build up the capacity of the ‘healthcare + internet’ industry and eliminate safety and quality risks as consumers switch to buying medicine online, driven by the pandemic.

A Law Against Telecom and Online Fraud has passed against a backdrop of crackdowns on online fraud. Phone cards, bank cards and internet accounts are the focus of risk prevention and monitoring. Yet the line between the protection it affords personal safety and property and infringements of privacy and other rights, remains thin.

In force as of 1 January 2023, the amended Agriculture Product Quality and Safety Law incorporates ‘producer responsibility’, a global norm, but gaining traction in the PRC only in recent years. Large producers, including farmer cooperatives and ag companies, must certify that their products are free from banned additives and within the safe range for residues. Production side data will support nationwide traceability, which is still in its infancy.

The record-breaking heatwave has been easing since the end August, in time for yet another ‘bumper’ autumn harvest, obliging MARA to explain to the public how this could be possible, given the COVID disruptions and extreme weather.

Following the end of this record heatwave, authorities are moving to shore up the electrical power system. The focus is on improving power allocation capacity in Sichuan while promoting virtual power plants or scaling up nuclear power capacity nationally.

A new ‘disciplinary code for scientific research dishonesty,’ issued on 14 Sep 2022, prescribes penalties, ranging from warnings, and public naming-and-shaming to funding freezes and cancellation or withholding of titles and degrees, for research misconduct. A case database will stigmatise violators for ‘serious research dishonesty’. This is the first time rules have been issued on how the database will be used to penalise research fraud.

We welcome internship applications on a rolling basis. If you want to work at the leading edge of policy analysis on China, please join our team! See our careers page or contact hr@policycn.com for information. 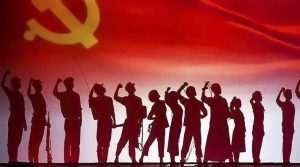 Political loyalty is even more of a refrain for the Xi administration than its predecessors. With the crucial 20th National Party Congress mere weeks away, the credo of boundless ‘absolute’ loyalty was by October 2022 aired at ever larger mass performances. Some sceptics invoke Confucian tradition, for which loyalty was ideally to a set of institutions, not to individual rulers. The illustration, which is recent, recalls the poses that symbolised loyalty to the Party in the early years of the PRC. 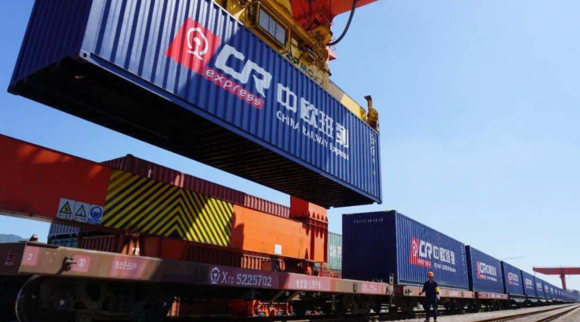 The CER (China-Europe Railway), a flagship Belt and Road transport artery spanning the Eurasian continent launched in 2011 and prospered in the early pandemic. Lockdown-induced disruptions to sea and air routes and soaring ocean shipping fees diverted traffic to rail. The National Railway Group reports a spike of 15,183 trains sent in 2021, 22 percent higher than 2020, which had itself seen growth of 50 percent y-o-y. And compared to 2016, annual cargo volume rose in 2021 by nine times, from 8 to some US$75 bn. full post open access →

The industry, he asserts, faces far more important issues, which he calls ‘two complaints’: tardy responses from online doctors or over simplistic ones. If they can be solved, he maintains, the industry as a whole will move forward.

The key task of online healthcare for Wang is transforming business processes traditional to the offline medical industry.

Long-standing internet healthcare champion, Wang is frequent contributor at seminars and in drafting regulation, representing the industry. His Good Doctor is a leading platform for online diagnosis and treatment.

The amended Agriculture Product Quality and Safety Law places more responsibilities on producers, argues Yue, for the first time highlighting the role of smallholder farmers in controlling ag input and waste. Lighter penalties are levied on farmers, however, considering their production scale and financial vulnerability, with fines below C¥10,000. But regulating the behaviour of millions of smallholders remains a bridge too far.

Yet the amendment speaks to a positive trend towards covering all producers and full production procedures upstream. Emerging agribusinesses, notably e-commerce and cold-chain logistics, are targeted by the law. The latter is also regulated by the E-Commerce Law and the Food Safety Law.

Research ethics vary widely in maturity across scitech disciplines. AI-related R&D activities are, for example, yet to enact ethics reviews, falling behind current opinion on research oversight. All levels of R&D agencies and supervising departments should form ethics review committees on AI in view of its high-risk areas. Life sciences and medicine, on the other hand, have long since begun developing ethics criteria. These differences between fields and their governance deserve recognition. There is a case, for example for waiving fully-featured ethics review for low-risk AI R&D.

Fellow in the Institute of Automation, Chinese Academy of Sciences, Zeng has been vocal for decades on AI ethics and governance, bridging neuroscience and AI. He has worked on high-profile AI ethical issues, including the Ministry of Science and Technology’s ‘Beijing Principles’. He took part in a UNESCO international expert group to draft AI ethics guidelines.

gems from our feed of policy releases and domestic debate

context: The new document stipulates standards for cadres’ promotion and removal, stressing loyalty towards the Party Centre, eschewing factionalism and personal morality, and prioritising the implementation of the Party Centre’s policy. The standards also place importance on implementation in accordance with ‘reality’, thereby emphasising that cadres should not implement policies rigidly. This may aim to prevent the common phenomenon of cadres forcibly pushing certain policies and causing resistance, but will also confuse local cadres striving to balance flexibility and ‘loyalty’.

context: This press conference comes after the State Council’s 19 measures to stabilise the economy. Despite this positive spin from economic officials, the economic reality is unlikely to experience a substantial rebound as the root cause is political rather than market-driven factors.

context: While exports started to lose steam in August 2022, imports have stagnated for months due to disrupted production and sliding consumer confidence under strict pandemic control measures. A weaker RMB will likely further discourage imports of raw materials, commodities and consumer goods.

context: Beijing is tightening rules for online drug sales. Plagued by safety and quality risks, the sector has been ill-supervised for a long time. With harsher penalties in place, the new regulation is one step forward to standardising the practice of online purchases of medicines and shoring up the capacity of the ‘healthcare + internet’ industry.

context: The Agriculture Product Quality and Safety Law has been criticised for being inconsistent with the Food Safety Law. While regulators strictly supervise downstream sellers of ag food products, the supervision of upstream ag producers remains weak. The revision attempts to improve the situation. Successful food safety systems, commonly known for being farm-to-fork or paddock-to-plate etc., operate under a single unified administration. The PRC has been attempting to bring its food safety regime into line with international best practice for nearly two decades, but agencies are unwilling to surrender responsibility and income. Maintaining two agencies will inevitably still lead to gaps and lapses.

context: Increased use of domestic nuclear tech was mentioned in the 14th 5-year plan on energy tech innovation. However, even with this uptick in approvals of new units, nuclear power still only accounts for a fraction of the energy mix. After the 2011 Fukushima accident, nuclear power has only recently started to regain traction in energy supply considerations.

context: The revised Scientific and Technological Progress Law, which came into effect at the beginning of 2022, included provisions on recordkeeping of scientific research dishonesty. As a follow-up to the Law and in keeping with Beijing’s increasing emphasis on promoting research integrity, a recently issued set of rules fleshes out some of the practical details for investigating and handling cases of research dishonesty.

China Policy is a Beijing-based research and advisory company. Supporting our clients at multiple levels, from in-house research teams to execs and boards, we help them anticipate, understand and respond to China’s changing domestic policy and geopolitical environment. Contact us for more information on our publications and services.