spots and zooms in on critical shifts

China to halt tariffs on US automobile imports for three months

tech front of the trade war

While domestic media framed the arrest of Meng Wanzhou 孟晚舟 Huawei CFO as a compliance issue rather than a function of the trade dispute, the case will certainly affect ongoing negotiations with the US. Lu Kang 陆慷 MFA spokesperson kept options open saying China’s response will depend on how Canada and the US manage the situation.

Despite China’s effort to prevent the Huawei case from derailing trade negotiations, Trump said he would use it to bargain up—mirroring tactics China often uses. In an attempt to address diverging domestic and international media coverage of the 90-day truce, a MofCOM-affiliated researcher interpreted China’s offer to approve the Qualcomm-NXP merger case, if it was submitted again, as further politicising trade. Tit-for-tat retaliations leave multinationals with little comfort, despite invocations of open trade and multilateralism. The unusual granting of a preliminary injunction by a Fuzhou court against Apple products is hard to read as other than geopolitical messaging. While domestic media hail it as progress on China’s legal enforcement of intellectual property rights, it also shows yet again Beijing’s tendency to use market access as a bargaining tool.

Data localisation requirements are trade barriers, rules the US government, vowing to target them. Growing US scrutiny of China’s technology firms provides a template for its allies to follow suit. Japan plans to revise rules on government procurement to exclude products from Huawei and ZTE, citing concerns over intelligence leaks and cyber attacks. MFA responded with some shrillness, reiterating Japan’s Chief Cabinet Secretary’s statement that the revision will not target any specific company and claiming to monitor follow-up development. November import and export data show a clear end to front-loading and adds more pressure for China to prevent tariff hikes within the 90-day ceasefire. Ministry of Finance announced on 14 December that it would halt tariffs on US-made automobiles and related parts—covering 211 tax items—for three months starting 1 January 2019. Following Meng’s bail and China’s move to warm up bilateral relations, the ball is now in the US’ court.

A review of 2018 anti-corruption efforts cites success in taking down ‘tigers’, or high-level corrupt officials, and called for more focus on personnel selection, administrative approvals, resource exploitation and funding issues. But for others, grassroots graft is the pressing problem, and ‘local emperors’ who administer economies for personal profit should be key targets. By homing in on corruption in areas such as poverty alleviation, land appropriation and medical treatment, says one local commentary, cadres can better win public trust.

Apart from being urged to be politically clean, cadres were also told to pay more attention to local concerns, especially among the poor. Sharp words were levelled against those unaware of conditions in villages under their remit, and those who distributed poverty alleviation funds carelessly. The corrective, notes People’s Daily, rests in cadres studying their surroundings and forging closer relations with villagers. In a similar vein, local officials were reminded that petitions are barometers for social conditions and public opinion, and that problems should be preempted before they become severe.

More coverage was given to military and veterans affairs, both successes and shortcomings. Breakthroughs in military training were lauded, and local efforts are underway to ensure military personnel receive respect and remuneration. Fujian amended regulations to extend preferential treatment for stationed soldiers. Yet with disgruntlement turning violent in Shandong, some tensions remain unresolved. As 2018 fades, the overall theme is for officials to attend to basic concerns at the street and village level, and achieve a clearer sense of what needs to be done for residents—suggesting Beijing is increasingly wary of the economic slowdown’s social impact. 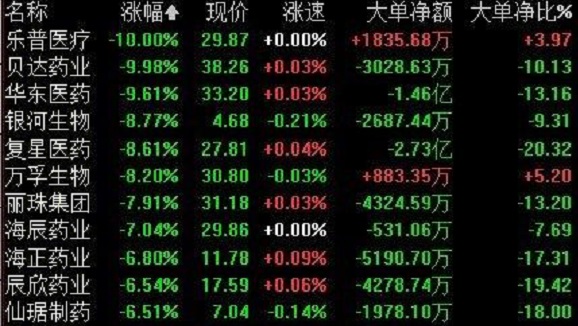 National Medical Insurance Administration (NMIA) announced the bidding results of its centralised drug procurement pilot: prices on 25 of 31 eligible products were cut an average of 52 percent, including 3 patent drugs and 22 generics completing bioequivalence (BE) testing. In response to the market shock, Sun Chunlan 孙春兰 vice premier insisted government intervention in bidding and procurement will respect market mechanisms. NMIA promised to guarantee winning tenders their market share and payment transfers, as well as clinical use of enlisted drugs.

Foreshadowing adjustment to its development strategy in response to US demands, including the oft-attacked Made in China 2025 proposal, Beijing’s response rates as ‘measured’. Compromise works to China’s advantage, argues Global Times, as China–US trade talks push China to deepen its reform and opening policy, furthering Beijing’s core interests. Opening the market, protecting intellectual property and creating a fair market environment are all necessary to deepen reform and opening and ensure growth. These policy shifts should be made with or without the China–US trade war, so domestic audiences should not be oversensitive about China making compromises.

Scholars and policymakers are articulating China’s alternate vision for a new global order via the Belt and Road Initiative (BRI) with increasing detail. BRI is a central means of crafting a nonpolar, decentralised system of global governance, writes Zhao Lei 赵磊 Central Party School Institute of International Strategy BRI Institute director. Core BRI goals are participation in global governance and provision of public goods, Zhao notes, which benefit both China and the world.

An avid user of social media, Chen has a doctorate in criminal procedure law. From 2007-13 he was director of the Ministry of Public Security Abduction Office, and oversaw the rescue of more than 100,000 women and children nationwide. In his frequent television appearances, Chen is outspoken about the rise of new types of crime, especially financial fraud, and warns of the growing power of organised gangs.

An experienced public health policy maker, Zhong was appointed director of the NMIA Pharmaceutical Price and Procuring and Bidding Bureau in October 2018 after four years at the Beijing health bureau. Zhong advocates for public hospital reform following the ‘Sanming Model’, a Fujian initiative which provides new solutions to break the link between drug markups and public hospital financing. Zhong opposes excessive profit-seeking in public hospitals. The solution, he argues, is to set up a fixed compensation system for different types of medical staff to eliminate unnecessary examinations and prescriptions.

As a BRI expert, Zhao theorises about the interaction between Chinese foreign policy aims and geopolitical competition. The Belt and Road needs to find an appropriate response to coordinated development plans of the US, Japan, and India for the Indo-Pacific, writes Zhao. Geoeconomic competition is a concern, not least India’s role in Iran’s Chabahar port development, and ‘Asia–Africa Growth Corridor’. Despite competition from other powers, China’s approach and strategy will, argues Zhao, produce better results than the US. In Afghanistan, for example, Zhao argues that rural development will pose a more durable solution to long term security woes.